Stephen Myler capped becoming the Saints’ record appearance maker in the Aviva Premiership by holding his nerve to slot the tying conversion after Samu Manoa’s 78th-minute score to ensure that his side went home with a share of the points.

But players and coaches alike will be ruing one of the worst halves of the Saints’ season so far, that saw Gloucester score 23 unanswered points in just half-an-hour.

Given what was to follow it was all the more disappointing that Saints struck first, holding up a Gloucester maul and turning the subsequent scrum into a penalty and Myler’s first points of the day.

But Saints couldn’t secure the possession from the return re-start, which in turn set up a dangerous position for the Cherry and Whites. Greig Laidlaw tapped a penalty quickly and an overlap was created.

That was until two interventions from Ken Pisi de-fused the attack, firstly with a superbly judged tackle that brought down Sione Kalamafoni, then a charge down and collection of an attempted pass to turn defence into attack.

Sixty metres later the Samoan was pulled into touch by Jonny May, but the positions had been reversed, and when Gloucester infringed at a breakdown Myler stepped up to make it 6-0.

Saints had had the better of a fast and furious opening series of exchanges, but Gloucester remained intent on keeping their tempo high, and with number eight Gareth Evans to the fore turned good position into points, Laidlaw tying things up with two penalties in four minutes.

Gloucester also had the first sight of the whitewash, Matt Kvesic staying alert at an overthrown home lineout to find Laidlaw, only for the ball to go forward and give Saints a scrum. This became a penalty and a clearance from Myler, but Gloucester were as fast in their defence as they had been in attack, and were proving difficult to break down, Kvesic in particular doing some good work at the breakdown.

This was rewarded by a third Laidlaw penalty, and then by the first try of the game for Charlie Sharples.

The score came from a Saints attack, which Gloucester had been holding firm on their own 10-metre line. A couple of kicks had ricocheted, and while Myler’s had rebounded kindly for the visitors Kahn Fotuali’i’s didn’t, and with the turnover sucking in the Saints’ rearguard James Hook stepped inside two tackles, spotted space and kicked ahead for Sharples to touch down.

The winger was at it again the next time when the hosts next got their hands on the ball, being put away down the right touchline by a lovely offload from Steve McColl. Had Sharples found Hook on his inside Gloucester would have had a try, but Saints scrambled on both sides of the field, also stopping a Richard Hibbard charge.

But the Welshman was not to be denied, and with James Wilson off the field for coming offside Gloucester went to the corner, and Hibbard steered the maul over the line for his score. Laidlaw’s conversion sailed over from the touchline, and all of a sudden Saints found themselves with their backs to the wall in a way rarely seen this season.

Indeed their first visit to the home 22 came with 34 minutes on the clock, Jamie Elliott snaring Sharples and the follow-up players winning the ball back on the deck. George Pisi cut inside, but Gloucester scrambled and the attack fizzled to a halt with Manoa’s pass to Christian Day sailing into touch.

Gloucester had earned their tries with their pace on the wide, but their physicality in the first half was also top notch, one turnover in particular eventually creating the opportunity for Laidlaw to send a kick from the base of a ruck to the corner.

This put Saints under more pressure, and it was only with TMO intervention that they did not concede a third try, Gloucester obstructing in midfield to create space for Billy Twelvetrees to touch down. Instead it was a clearing penalty to Saints, and when they went through the phases it eventually yielded a penalty on the 22 and a third shot at goal for Myler.

They may have finished the first half brightly, but Saints needed more of the same in the second half. And they got it, Samu Manoa sucking in defenders to create an overlap. Gloucester’s forwards were slow to cover, and George Pisi made the most of it, sliding a kick through for Wilson to score.

The try was exactly what was needed; what was not was how Gloucester responded, McColl offloading to put his team onto the front foot and eventually over the line, Dan Murphy crashing over from close range.

But Saints struck back once again, lovely interplay from Elliott and Manoa creating the space for George Pisi on the inside, who found Wilson this time with a well-timed pass for the full back to dot down for his second try inside seven minutes.

Myler added the extras, but his first miss of the half came five minutes later, a penalty being held up in the deceptively strong breeze. There was no such mistake three minutes after that, Myler on target a Murphy scrum infringement.

All of a sudden Saints, who had been 14 points behind just 10 minutes previously, had cut the deficit to four.

And with replacements flooding onto the field for both teams it already looked like fitness was going to play its part going into the final quarter.

This was true for both teams’ resolve, too, and as Saints got within five metres of the home line Gloucester came up with the perfect reply, Elliott Stooke forcing Courtney Lawes to fumble in a powerful charge, Elliott and Tom Stephenson having already been brought down short of the line earlier in the play.

There was a neat chip and chase from Ken Pisi down the right touchline soon afterwards in what was his last action of the game, Ahsee Tuala coming on for his Aviva Premiership debut as the replacement.

But it was another replacement, Henry Purdy, who looked to have the crucial say-so in what had become a compelling Kingsholm clash, diving over in the right corner. But referee Greg Garner came back to refer a previous phase to the TMO, who in turn spotted that Twelvetrees had fumbled in a tackle during the build-up.

It was a massive let-off for Saints, but the fine margins went Gloucester’s way as Wilson’s clearance went straight into touch after the pass had come back from outside the 22. And the hosts made the most of the luck, working their way into a position from which Laidlaw took the win out of Saints’ reach with a penalty.

Still there was more drama to come, as two penalties in quick succession from the hosts’ forwards saw Myler send play into the left corner. The maul was good, Manoa was driven over, and with Myler on target with the conversion things were all tied up.

There was a kick off still to deal with, but Tom Wood collected it, Lee Dickson kicked it out, and the teams took a deserved lap of honour. 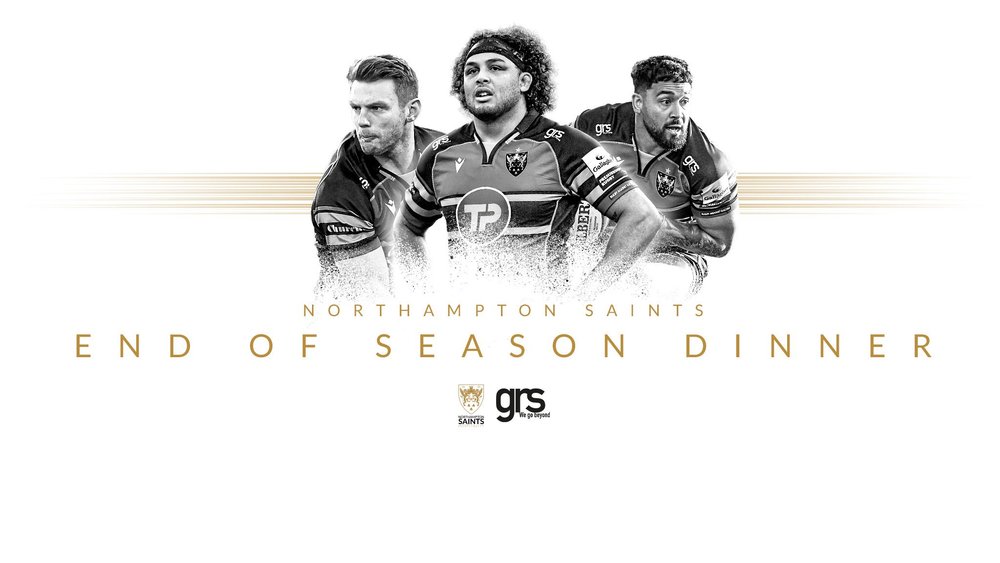