During the 1950s, Saints’ solidified their position at the top of the English game, thanks largely to the efforts of two men – Gordon 'Doc' Sturtridge and Jerry Gordon.

Respectively club president and secretary, Sturtridge and Gordon were aided in no small way by Don White, who after his first appearance as a teenager in 1943 would be a titan at Franklin's Gardens for over 40 years.

Sturtridge was an Australian who, after playing for the Wallabies in South Africa in 1929, made his way to England rather than return home. Although he initially joined Rosslyn Park, Sturtridge moved to Northampton in 1934, where he soon rose to become superintendant at Northampton General Hospital. A fly-half of some renown, Sturtridge played 118 times for Saints before becoming an administrator with an encyclopaedic memory of players, not to mention a determination reflected by the simple fact that fixtures continued for the Saints for four years into World War Two.

Sturtridge was president for an unprecedented 14 years with Gordon (himself a former Saint who played over 50 times between 1921 and 1929) as his right-hand man. On the pitch the triumvirate was completed by Don White, a flanker whose wartime debut against Coventry was the first of 448 appearances in Black, Green and Gold – the second highest in the club's history. Club captain for seven seasons, White also led the East Midlands, the Barbarians and won 14 caps for England before becoming the first ever coach of the national side in 1973.

As the 1950s wore on, Saints became a breeding ground for some of the finest backs in England. Jeff Butterfield was a prince among centres whose name is still revered in South Africa for his exploits with the 1955 British & Irish Lions. Lewis Cannell was another centre whose talent was matched only by his dedication to his medical studies – he refused to tour with the 1950 Lions because he could not take six months away from university. And then there was Dickie Jeeps; a scrum-half whose first British & Irish Lions cap preceded his England debut. Jeeps toured three times with the Lions, playing 13 Tests in all, and became RFU president in 1976/77.

But the forwards should not be forgotten either, especially Ron Jacobs, a prop whose 470 appearances for Saints over 17 years will almost certainly never be surpassed. He would be followed in the 1960s by the likes of David Powell and Bob Taylor, both of whom played for England and the Lions, but it was the backs of the fifties that established Northampton’s production line within the rugby world. 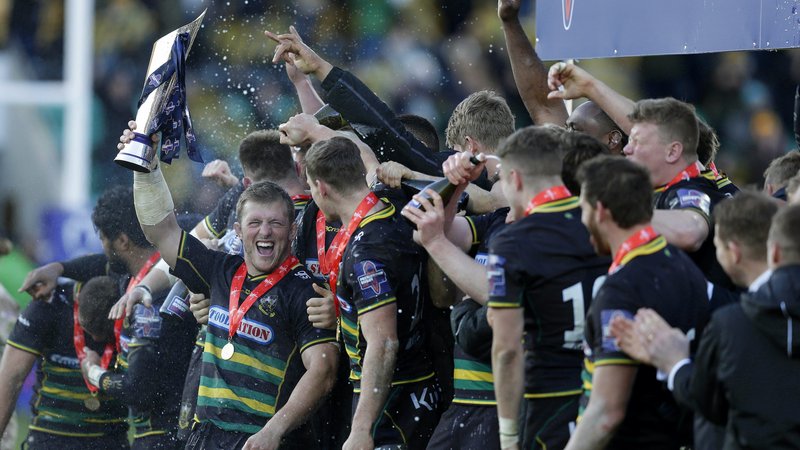 Saints name side for Gallagher Premiership trip to Sixways